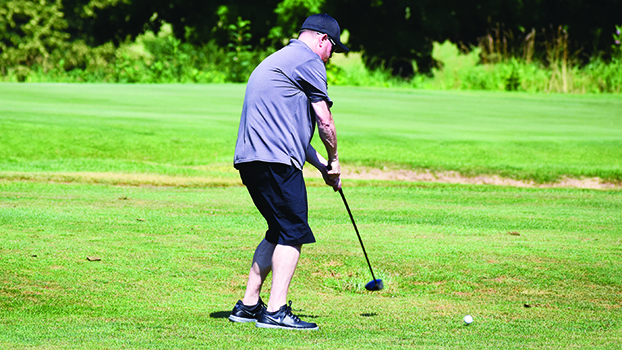 The foundation and Indian Lake Hills Golf Course waited as long as it could to make its decision as the COVID-19 pandemic has played havoc with area events, according to Beth Cripe,  development coordinator of Ascension Borgess-Lee Foundation.

The annual golf outing will be at Indian Lake Hills on Friday, July 10. Registration begins at 9 a.m., with a shotgun start planned for 10 a.m.

Due to the state still being restricted as far as the number of people who can gather together indoors and out, some changes have had to be made.

“We thought all along we would cancel if we needed to,” Cripe said. “So, we kind of had the idea that we would wait it out and see. As things progress, fortunately, we were mid-summer, not the beginning of summer, so we thought our chances were better than some of the golf outings that were the middle of June.”

The state is currently allowing groups of 250 people or fewer to gather together outside with the potential of that number being moved to 500 people, the Borgess-Lee Foundation and Indian Lake Hills have come together to plan how to properly social distance during the event.

“There is always the challenge of the food and carts,” Cripe said. “We just have to make sure with the food [that] we serve it in a way that not everybody is touching it. The food hasn’t really been a challenge for us, in that we always did it in a way that people were not grabbing a handful of chips out of a bowl or serving it on a buffet. We basically had brats, hot dogs and burgers at the turn on the course.”

The food was individually wrapped, so that will not be a challenge for organizers, Cripe said.

The socializing that usually takes place after the outing, when the awards are being given out, may not be done this year. Instead, Cripe said the winners could be announced online. That decision will be made soon.

As far as carts go, the state has allowed golf courses to decide on whether or not they allow one or two players per cart. The plan is to have two players per cart as usual, but anyone who would prefer to have their own cart may request one at the time of registration. Masks are also optional due to the event being outside.

Even though the field has been trimmed a far as the number of participants is concerned due to the limitation of numbers, Cripe said spots are still available.

“Our maximum is 120 players,” she said. “We have lowered the number of golfers. We always maxed out at 36 golf teams on the course. We are lowering it to a maximum of 30. That is if they all share carts. Now, when I pre-register people, I am asking them if they need two, three or four carts because I am offering a single cart for anyone who wants it.”

This year, the funds raised at the outing will go to Borgess-Lee’s radiology department’s Women’s Health Center, which provides a private and comfortable place for patients receiving ultrasounds, mammography and bone density services.

EDWARDSBURG — The Edwardsburg Little League season has been canceled due to the COVID-19 pandemic, but that does not mean... read more