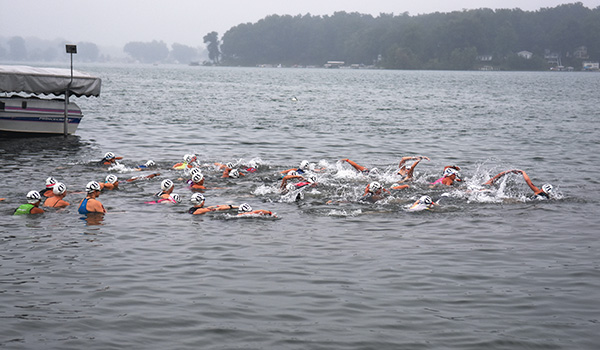 CASSOPOLIS — Organizers of the 2020 Diamond Lake Triathlon were holding out hope that they could still put on this year’s event.

However, Joe Fazzini, race director, announced Wednesday afternoon that organizers would not be able to put on the event at Diamond Lake in Cassopolis in July.

“Organizers of the 2020 Diamond Lake Triathlon have postponed the race as the situation around COVID-19 continues to evolve,” Fazzini said. “The staged approach to the safe and effective reopening of large meetings and events may not happen by mid-July as we’d hoped it would. The event was scheduled to take place on July 18, has now been postponed to July 2021.”

This year would have been the seventh annual triathlon, which helps raise money for Alex Stscherba, who was injured during a triathlon and is now a quadriplegic. Despite temperatures soaring into the 90s and heat indexes that approached 100 degrees last July, the race drew a record number of participants.

Through its first five years, the Diamond Lake Triathlon raised more than $15,000. That money helped purchase Stscherban a computer that he can talk through by blinking his eyes and a new mechanized wheelchair.