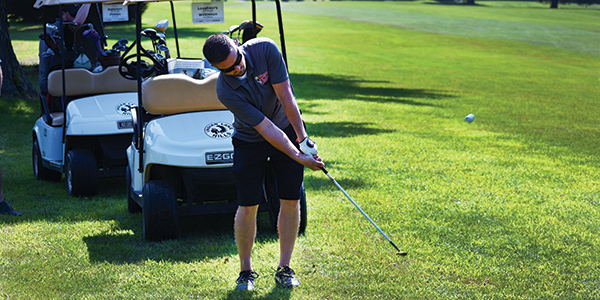 But according to Tom Carlson, who helps organize the event for the Dowagiac Athletic Booster Club and the Dowagiac Schools Foundation, he has also had to come up with a backup plan in case Michigan Gov. Gretchen Whitmer extends the current “Stay Home, Stay Safe” order beyond the date of the event, which is currently June 18.

For the Athletic Booster Club and the Schools Foundation, the golf outing is its biggest fundraiser of the entire year. The Chieftain Golf Outing was set to surpass $500,000 this year.

But while helping to raise money for the schools is important, so is the health and safety of everyone, Carlson said.

He said that the brochures are printed in February and the date has been locked in with Indian Lake Hills for some time, so the decision was to send them out and hope for the best.

“The golf committee made the decision to send them [the brochures] out the first week of April like we always have,” he said. “We did that with the idea that we would try to do it. It is all going to be based on where we are at the time. As we know, the decisions we make today will not be the same ones we make tomorrow. It is continually changing.”

The outing will begin with a shot gun start at 9 a.m.

Along with 18 holes of golf at Indian Lake Hills, there is a hole-in-one contest, longest drive and closest to the pin contests for both men and women, mulligans, a silent auction, cookout and beverages, along with raffles and prizes.

Team entries are $400 per four-person team. Individuals may also enter for $100 and they will be placed with a team.

The outing is currently looking for sponsors.

There are six sponsorship levels

NILES — Brian Kelly and the Notre Dame football team are supposed to be going through spring practice in preparation... read more