On Tuesday, April 7, 2020, John Pontius, loving husband and father of three children, passed away peacefully at the age of 90. 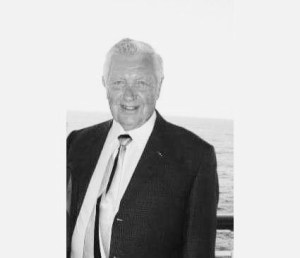 John was born on May 6, 1929, to Harry and Hazel (Oerline) Pontius. He was an Army veteran and worked for many years and later retired from Bendix Corporation in South Bend.

John and Mary Lou spent many of their years together in Bradenton, Florida. They enjoyed traveling, camping and dancing, especially to Watermelon Wine.

John had a passion for cars, antique tractors and gun collecting. He loved gardening, tinkering and fixing things. Mary Lou often bragged “he can do anything.” He was known for his laughter, constant teasing, and his love for telling stories about old times. He also loved animals, especially his dog Jake.

John was a member of the VFW, Moose Lodge and The Fraternal Order of Eagles.

John was preceded in death by his parents; and his two siblings, Irene and Bill.

John fiercely loved the family that he and Mary Lou created…all 34 of them…and they thought he was pretty “Super Duper,” too!

The family will hold a private memorial service at a later date.