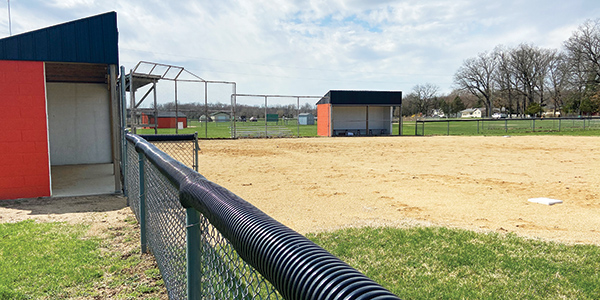 DOWAGIAC — Most of the area summer sports leagues would be wrapping up preparation for the upcoming season, but that has been put on hold until at least May 1 with the State of Michigan being under a stay-at-home order through April 30.

Before the mandate, baseball and softball leagues had been prepping fields, signing up players and lining up sponsors for the 2020 season. For now, league leaders are holding virtual board meetings to discuss next steps once the stay-at-home order is lifted.

According to Edwardsburg Little League President Jason Welsch, the league is observing both Little League International and Michigan Gov. Gretchen Whitmer’s orders. Little League has asked that the seasons be suspended until at least May 11.

Welsch feels that if the stay-at-home order is lifted in mid-May or in mid-June, the league can still have a season. Anything after the middle of June would probably force leagues to cancel their entire seasons.

“Obviously, these are very unique circumstances,” Welsch wrote in a letter he shared on Facebook. “As a board, we have continued discussions, trying to prepare for all scenarios. Some of those scenarios include a season that starts in May, a season that starts in June, a full cancellation of the 2020 season. Seasons that start in May or June may be abbreviated. If we cancel the season, a full refund will be issued. We are waiting to make final decisions, giving us at least a glimmer of hope to play yet this season. Whatever decision is made, Edwardsburg Little League will follow all local, state and federal requirements regarding this current pandemic. Your child’s safety is of utmost importance.”

The final decision will only be made once the stay-at-home order is lifted, or if it appears that large group gatherings will not be allowed until late summer.

“We are going to wait as long as we can for things to turn,” Welsch said. “Our opinion is that there is no sense making a decision in early April that could potentially impact the first of June when we do not know what is going to happen. We are playing a waiting game.”

Welsch said the facilities are in good shape, but would need some time to be prepared properly for play.

“I have been in contact with the head of grounds, and he has been looking at what needs to be done and making a list,” Welsch said. “If we can find our way down there in very small numbers, without violating social distancing, we are going to attempt to get the fields to a minimum level of play. But then again, we do not want to violate any local, state or federal rules.”

Edwardsburg Little League, like some other area leagues, will be discussing whether or not it would add a team for high school-age athletes.

“Little League has older divisions, but we do not have older divisions, and that is something that is on our docket to discuss as a league,” Welsch said. “As a league, we have been holding virtual meetings, and that is something that is on the docket because that is an interesting perspective. We do not usually get many high school players at the Little League. Obviously, they do not have a season and that would be an avenue for them to get some baseball in this summer.”

Dowagiac Youth Baseball and Softball Association President Tim Feirick said it too is waiting to see what happens.

The Dowagiac fields are in pretty good shape, according to Feirick.

“We got some stuff taken care of last year, but there is still work we need to do before we start playing. It wouldn’t take too much.”

Dowagiac is another of the youth sports programs that has thought about adding teams for the high school-aged players.

Howard Township Cal Ripken said it has postponed its opening day until May 16. League leaders understand things are up in the air, but the hope is that a season can be salvaged.

Brandywine Cal Ripken finds itself in the same position as all other sports leagues according Joe Dandurand, the league president.

“We kind of expected that to happen,” he said. “What we are hoping for is that it does not get extended again. Everything is so fluid right now. I do not have a lot of questions that I can answer. We really want to get things rolling by May 15, but if they extend it another 30 days, at this point, we are just hoping to have some form of a season.”

Unlike Little League International, Cal Ripken Baseball did not send out a directive telling leagues when they should think about starting.

Dandurand said that field preparation usually begins in early April. With sports being shut down so quickly, no real preparation has taken place.

“A year ago [Tuesday], we rebuild Brandywine’s field in one game,” he said. “Getting the fields done and ready for play cannot be done because it is considered non-essential. We cannot even have someone come in and mow. Our hands are tied.”

Dandurand said that unlike Dowagiac and Edwardsburg, the fields at Fireman’s Park are not big enough to add teams that would consist of high school-aged players.

Brandywine Cal Ripken’s board has been keeping in touch via telephone calls according to Dandurand, and will continue to do so until they know when, or if, they can begin preparing for a season.

Dandurand wants parents, players and coaches to remain patient while everyone awaits the word from local and state officials about the stay-at-home order.

“We just have to wait it out,” he said. “If the season gets canceled, then we will have to refund everybody their money.”

During this shutdown of normal life in our nation, we are learning to deal with a new challenge — how... read more