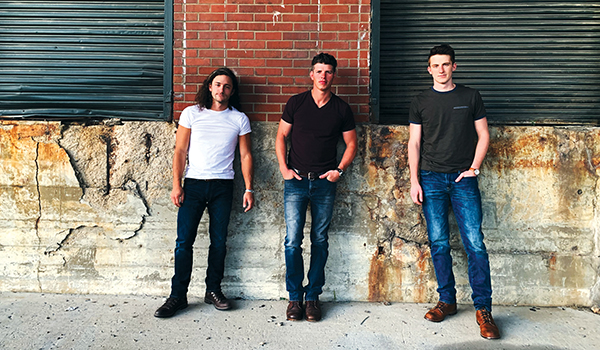 NILES — A Nashville, Tennessee band with Michigan roots will seek to provide joy through music Friday with a free performance for the Niles area.

Neshama, a bluegrass/country/Americana band, will perform from 7 to 9 p.m. at Michiana Christian Embassy, 1922 E. Main St., Niles. Everyone is welcome to attend the event, sponsored by Mapleview Free Methodist Church, organizers said.

While the band may have a Christian music chart-topping single and a trophy designating their Inspirational Christian Music Association Breakthrough Band status, its members are not seeking glory.

Instead, they want to live by its name. “Neshama” is Hebrew for “soul.” In the Bible, God breathes “neshama” into man, giving him life. The band Neshama wants to give its listeners life.

“Our mission, first and foremost, is to give people a glimpse of life where God is present,” said Travis Bartow, lead singer and multi-instrumentalist.

With his brother, Isaac Bartow, and their friend, Johnny Newell, Neshama travels the Midwest from its home base in Nashville, playing in venues from churches to breweries to music festivals.

It was at a concert, Big Ticket Festival in Gaylord, Michigan, that the Niles stop on their current tour formed.

Mapleview Pastor Greg Rensberry, himself a musician, asked the band if they would be interested in performing in Niles. Neshama said yes.

Rensberry had a connection through Bartow’s father, who was his childhood friend, but Rensberry also liked the group because of their music.

With Neshama booked, Rensberry reached out to Michiana Christian Embassy, a venue better suited for concerts than Mapleview, he said.

The partnership was an extension of the compassionate relationships Rensberry said many Niles churches have with one another.

“As often as we can, we do things together,” he said. “We help each other. We preach in each other’s churches. We pray together.”

If attendees choose to, they can listen and celebrate the faith-based lyrics many of Neshama’s songs have.

“What changed me when I came to Nashville is that there’s power in personal testimony,” Bartow said.

Whereas before Neshama may have written about generalities with their faith, they now tell personal stories of their “walk with God.”

It was Nashville country gospel that change their perception of Christian lyric-writing. What made a song powerful was a personal touch, Bartow said. Even if that experience was not personal to everyone, the intimacy of the subject drew people in.

“Language has the ability to rise above all [boundaries] and allow people to receive it to what it is,” Bartow said.

Christians are not the only people that enjoy Neshama’s music, however. Bartow said some of the most well-received songs are their instrumentals.

They are Bartow’s favorites, too.

“I don’t know if that’s anything deeper or if it’s because I have trouble multitasking,” he said with a laugh.

Whether with vocals, piano, banjo or an Irish bouzouki, Bartow said the group simply wants to create joy in their listeners.

DOWAGIAC — Next weekend, the Beckwith Improv Group will be leaping into its sixth annual improv weekend. What started as... read more