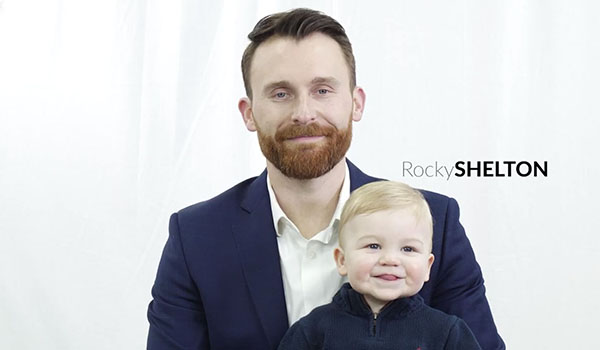 NILES — Last Friday, a small group of Niles residents submitted a video to a national television channel’s contest, hoping to bring in a team of renovators to strengthen the city.

Niles is among hundreds of towns vying for the contest, but the Niles video organizers said the frantic week of brainstorming, filming and editing was worth it, regardless of the results.

HGTV recently closed off its contest for “Home Town Takeover,” an upcoming spinoff show of “Home Town,” whose hosts renovate old and historic homes with a team.

When the show’s six-episode special airs in 2021, hosts Ben and Erin Napier will guide viewers through their journey fixing up meaningful buildings and public spaces in one small town.

“We know being chosen is a longshot — thousands of cities submitted videos — but I feel like we already won,” said Niles Mayor Nick Shelton. “The feedback from past and present residents who have seen the video has been amazing.”

Shelton shared the video on his mayoral Facebook page. It has garnered more than 40,000 views. Fewer than 12,000 people live in the city of Niles.

“Regardless of whether we win this contest or not, we have this very powerful piece that tells why Niles is an excellent place to live and why we choose to live here,” said Charles Nelson.

Nelson owns On Base Productions, a filming business in downtown Niles. He filmed and edited the HGTV submission.

In the video, Shelton provides a voiceover of Niles’ struggles — such as February 2018’s flood and economic downturns — and its triumphs — such as the opening of Casperson’s Books and Art and Iron Shoe Distillery.

Shelton also said in the video that of all the places he has visited, he chose to remain in his hometown.

Niles residents appeared in the video, taking selfie-style segments on their phones. They shared why they enjoy Niles.

Nelson said the selfie-style interlude brings out the authenticity of peoples’ love for the city in a way that a professional, scripted shot could not.

“These people took the time to make this video to tell what they want about Niles, and I think that really helped put that punch at the end, that emotional tug,” he said.

It also helped Nelson edit. Shelton assembled a group of residents about a week before the video contest’s deadline after seeing the opportunity on social media.

Nelson and his family were sick at the time, but through a collaborative effort, the video was produced and submitted in days.

The production was an extension of the Niles community itself. Shelton and Croteau sought Niles residents willing to share insights. Leader Publications helped write the script. Nelson brought it all together.

“We have that pride, and that’s why we come together to get really hard decisions made and get things done,” said Niles city council member Jessica Nelson, wife of Charles, during a Monday evening meeting. “It made me really, really proud to see that pride and happiness and excitement in people for just this little video in this contest that we have such a small shot at.”

HGTV has not provided any indication of its selection process. All that was provided to Niles’ video submitters was that the submission was under review.

BUCHANAN — Carter Aalfs yelled through a megaphone. Nora Kaltenbach jumped and danced on the bleachers. Around them, dozens of... read more