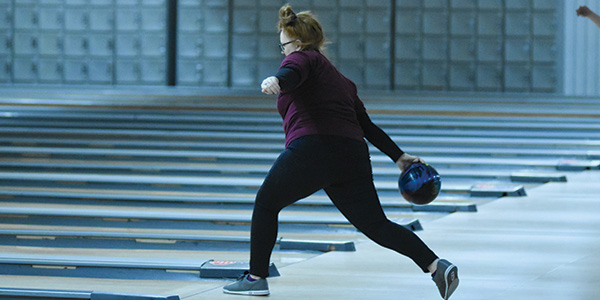 NILES — The regular season is quickly wrapping up for the Brandywine and Niles high school bowling teams.

The Vikings hosted Brandywine, Allegan, Gobles and South Haven in its final regular-season home meet of the year. Niles is 7-0 this season in varsity matches.

The Niles girls defeated Gobles 26-4 and edged Brandywine 18-12 in a spirited match, according to Brandywine coach Pepper Carter. Brandywine defeated the Niles JV 25-5.

Carter said that the numbers are down this season for the Bobcats, who had both varsity and JV teams last season, but now has only enough bowlers for a varsity team.

“We had five or six seniors graduated off the girls team last season,” she said. “Grades have hit the boys side. We do have a couple of new girls that are filling spots on the boys team. I have a lot of first-year bowlers. We have grown a lot from the start of the season to now.”

Others have noticed the improvement of the Brandywine team this season. Because of that, Carter thinks her team could have a solid postseason.

“Other coaches have said they have noticed your kids are really coming around,” she said. “I really think my girls have a shot at regionals this year even though we moved up to Division 3. We have been on the border of Division 3 and Division 4 each year. We won regionals with the boys and girls in 2016, and then just checking the numbers each year, if we had been in Division 3, we would have been right in it. I am excited to see new teams this year in the different regionals.”

In the girls match between Niles and Brandywine, Chevelle Jaynes led the Vikings with a 387 series, which included a game of 219. Brandywine was led by Cassandra Gosa, who had a 314 series.

Niles will head into the league tournament with a full head of steam on Feb. 21 and Feb. 22.

On Saturday, the Vikings were led by Drew Gourlay’s 445 series, which included games of 234 and 211.

“The boys are on a good pace,” said Niles coach Jim Jaynes. “We should be OK. There is a probability we could tie for the conference championship. I try not to focus as much on the numbers as I do the bowlers and their improvement.”